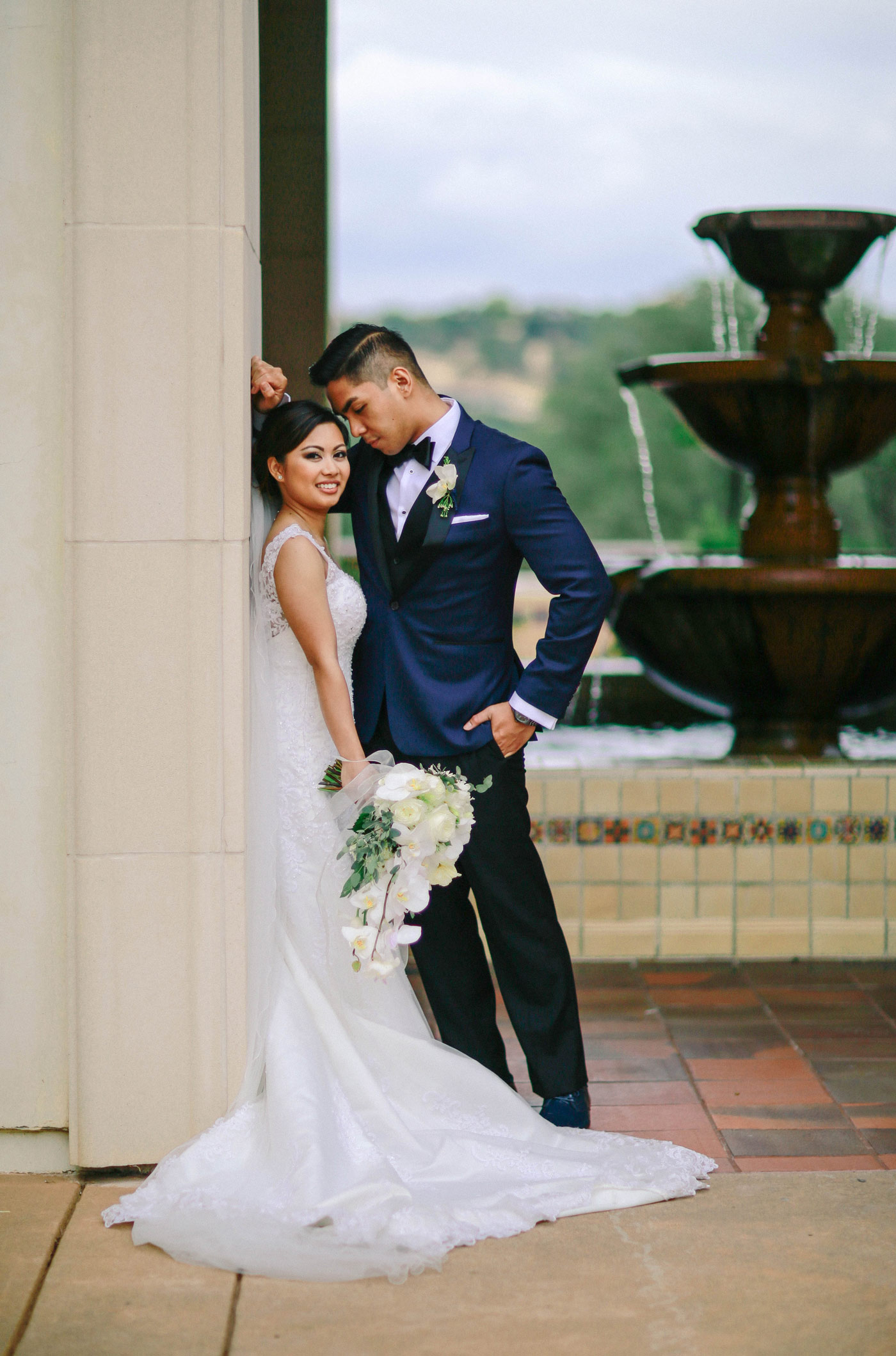 Love was on the horizon for Don Antonio and Gretchen Tapang when the two young teenagers – Don was 15, Gretchen, 14, met at their church. That meeting would lead to a 10-year courtship that ended with their wedding on May 6, 2016. Here is part of their story: In the summer of 2015 the couple made a goal to achieve the “Spartan Race Trifecta” which required them to complete three races: a 5k, 10k, and a half-marathon. All of the races, especially the half-marathon, included numerous obstacles like crawling under barbed wire, hauling and pushing rocks, and climbing over 8-foot walls. On September 26th, the day of the marathon, the temperature was 100 degrees. The couple managed to complete the race and met the challenge of over 30 obstacles in their path. Arriving at the finish line, and much to Gretchen’s surprise, was Don’s family and several of their friends. With the John Legend song ‘All of You’ playing in the background Don got down on one knee and proposed to the woman he had been in love with for 10 years.

Gretchen had seven months between her engagement and wedding date to plan every detail of her perfect day. She didn’t waste any time. After exploring the myriad of wedding sites in and around the Sacramento area she finally decided that Catta Verdera Country Club in Lincoln was the perfect venue. Its gorgeous setting and the confidence of the club’s wedding coordinator, Christina Addiego, that she could help turn Gretchen’s vision into reality was all she needed. That trust, she would learn on May 6th, was not misplaced. 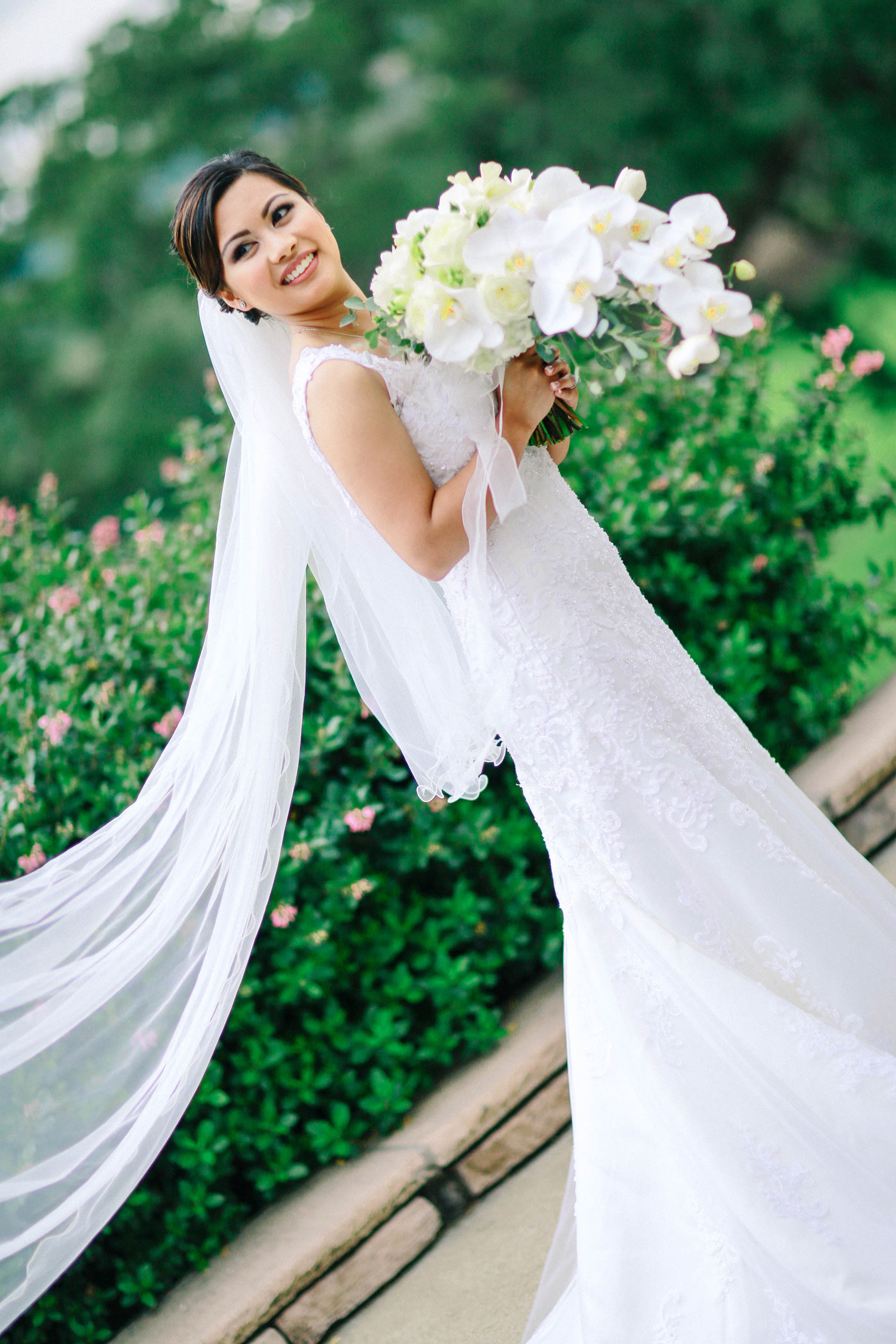 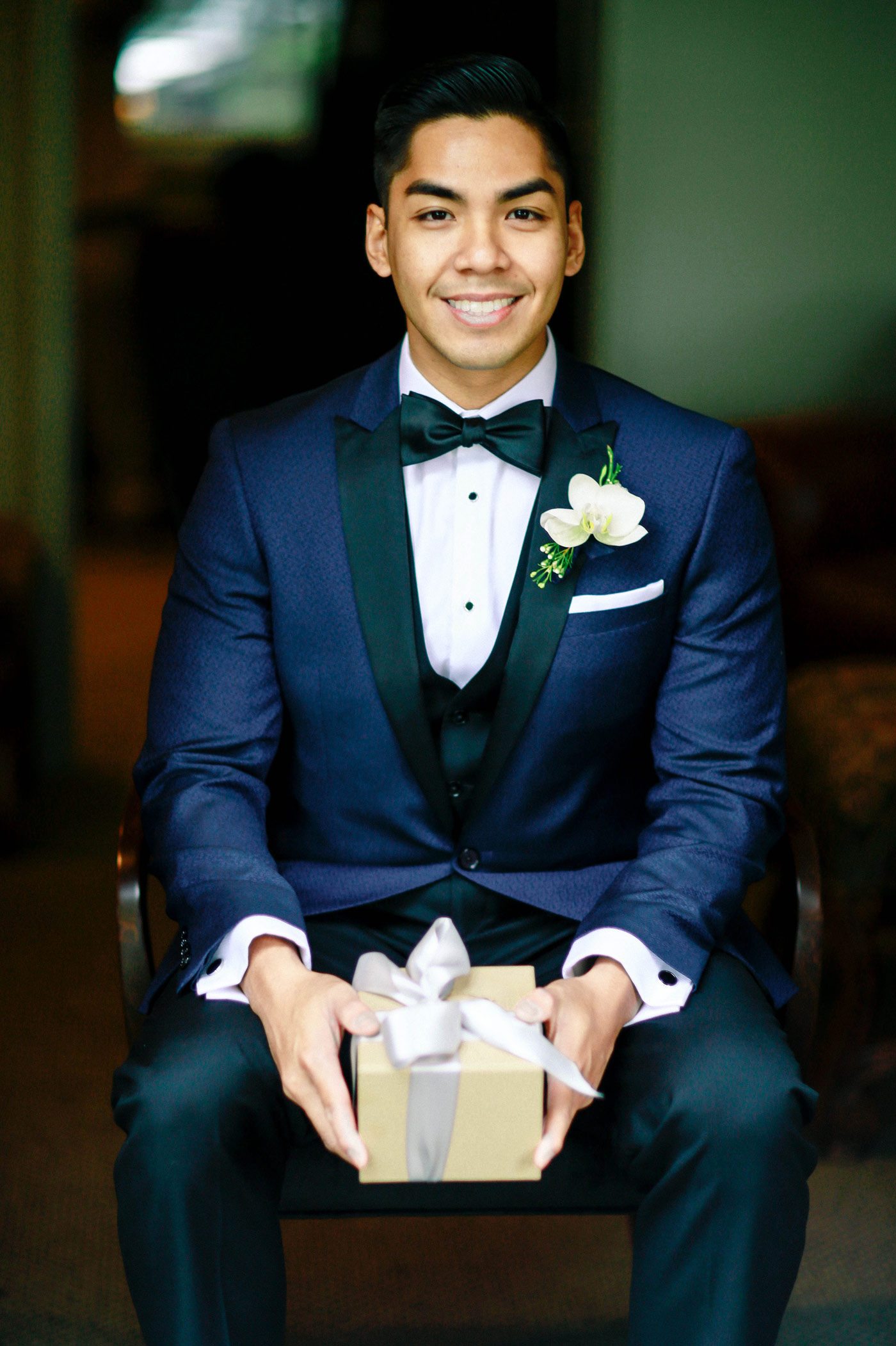 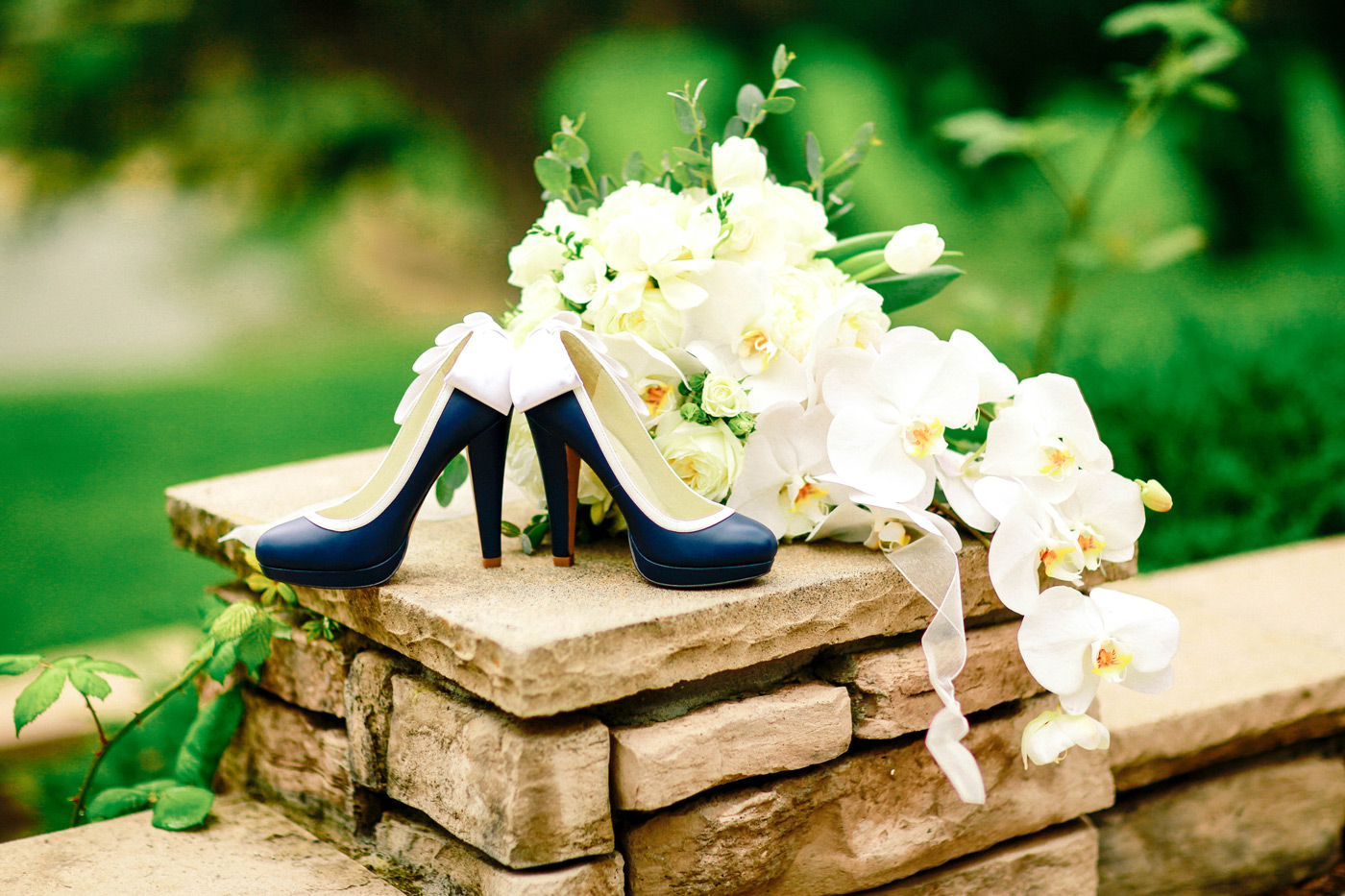 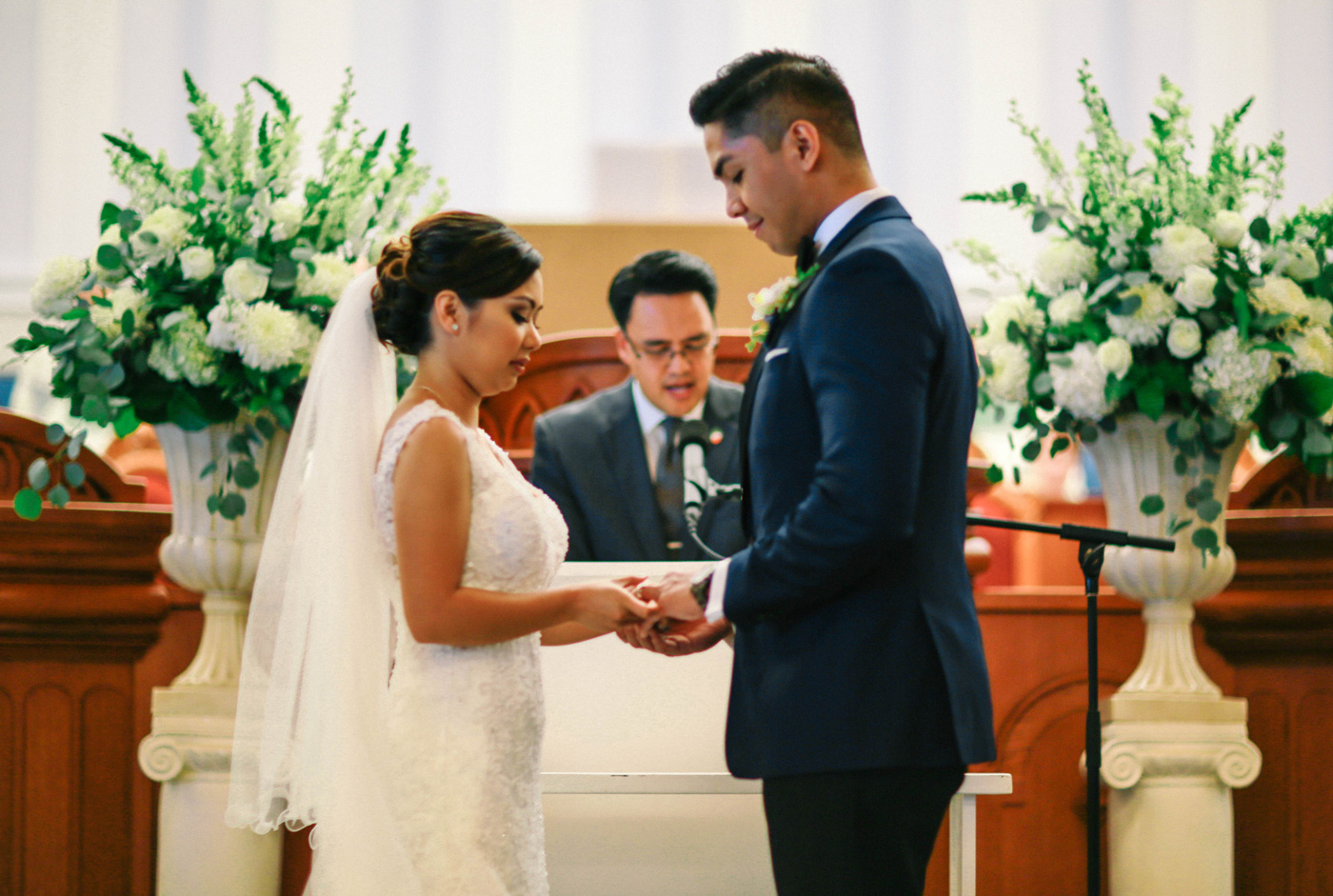 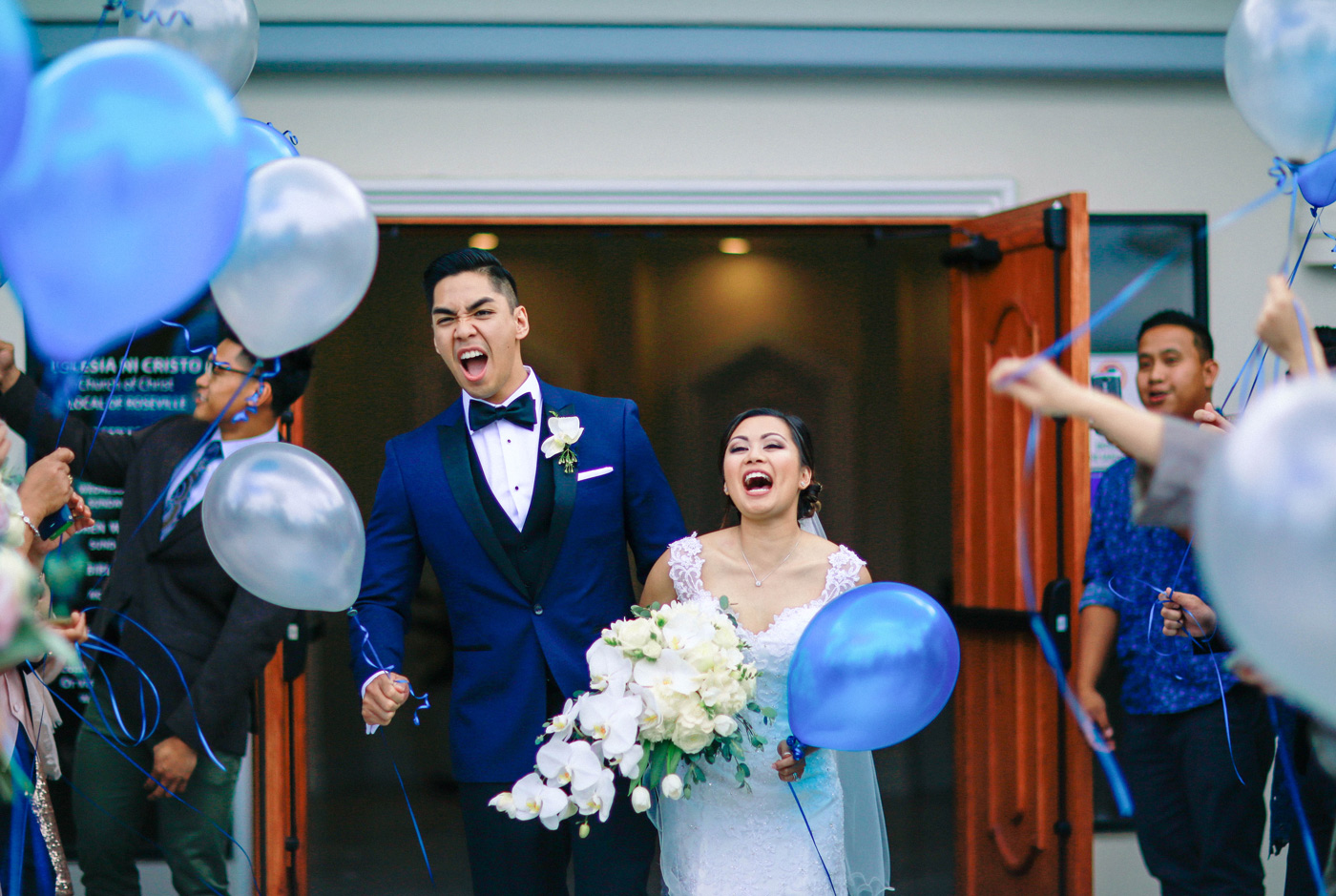 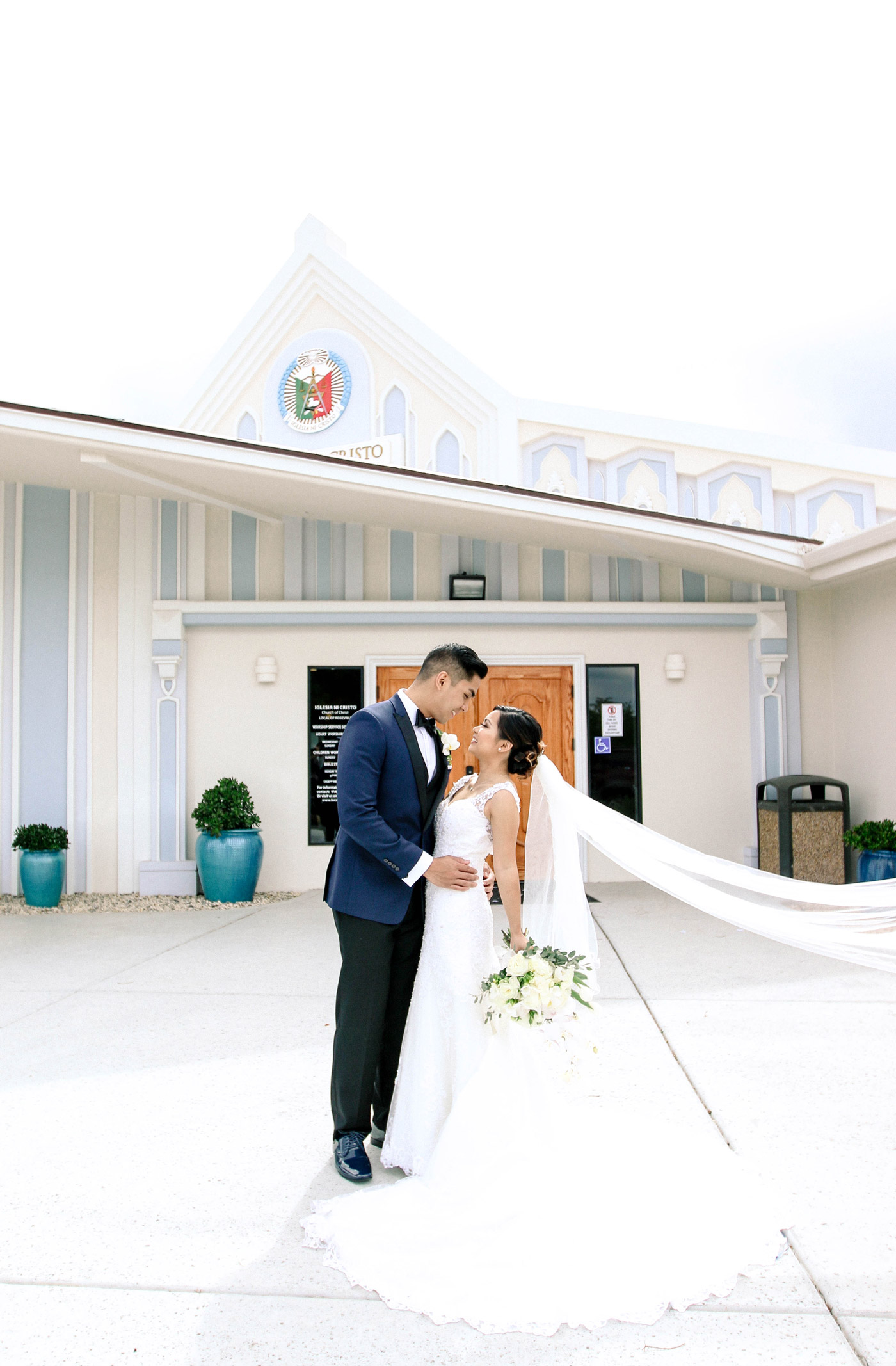 The couple was married at the same church where they met: Iglesia Ni Cristo (Church of Christ) in Roseville. Their 10-person wedding party all did their jobs perfectly – from the little ring bearer and flower girl to the best man and maid of honor. But the undisputed star of the show, Gretchen, took Don’s breath away when she began her slow walk down the aisle. Her white lace overlay gown fit beautifully and was in perfect harmony with her bouquet that was made-up mostly of white orchids and peonies. Gretchen said that the expression on Don’s face when she made her long-awaited entrance was the “most romantic” moment of the day.

Following the formal ceremony the wedding party and 145 guests made their way to Catta Verdera for the reception. Gretchen’s colors of navy blue, silver and gray carried over from the church to the reception site, where the wedding theme of “Love is in the air” with bird details could be seen everywhere. 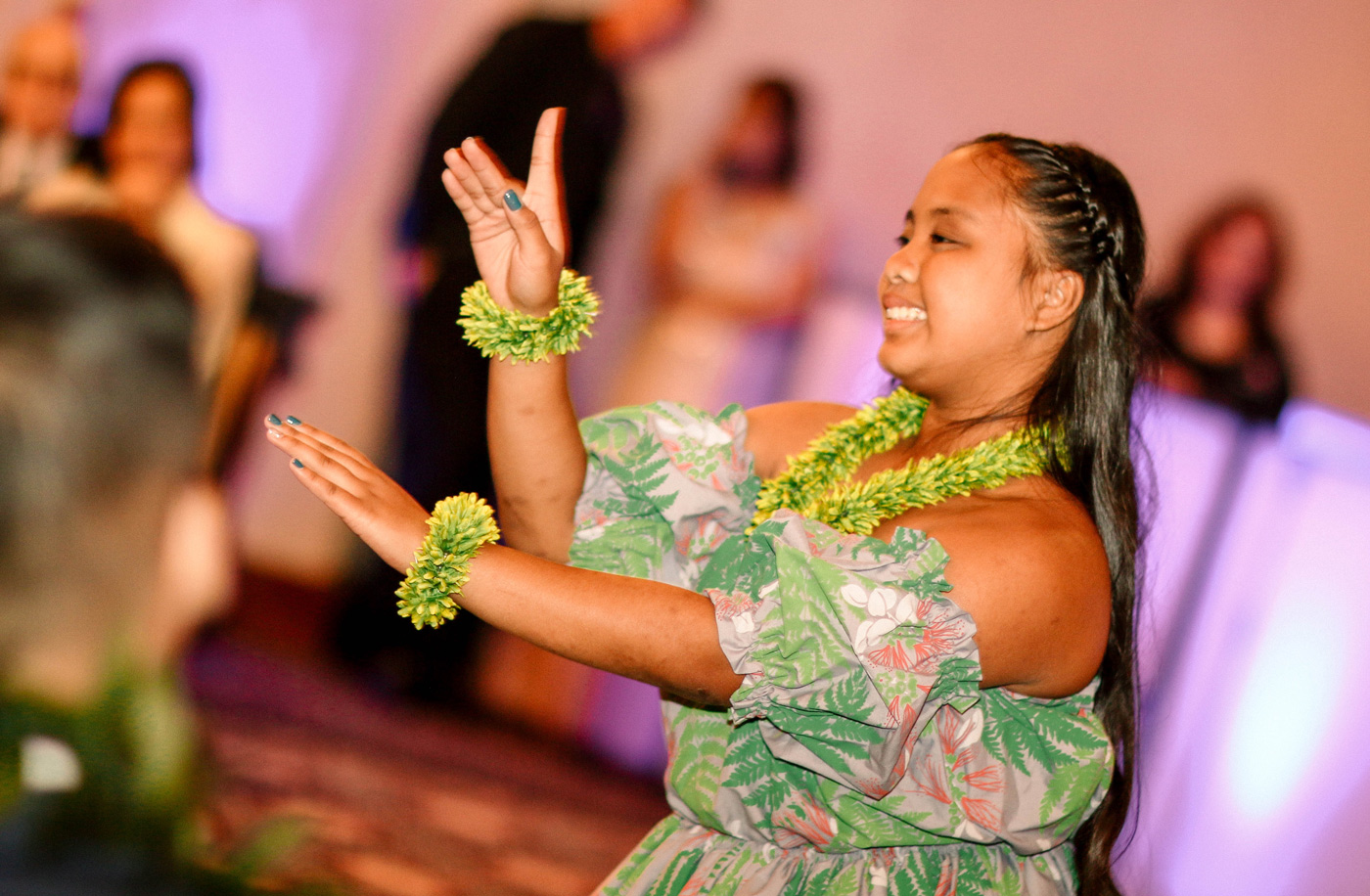 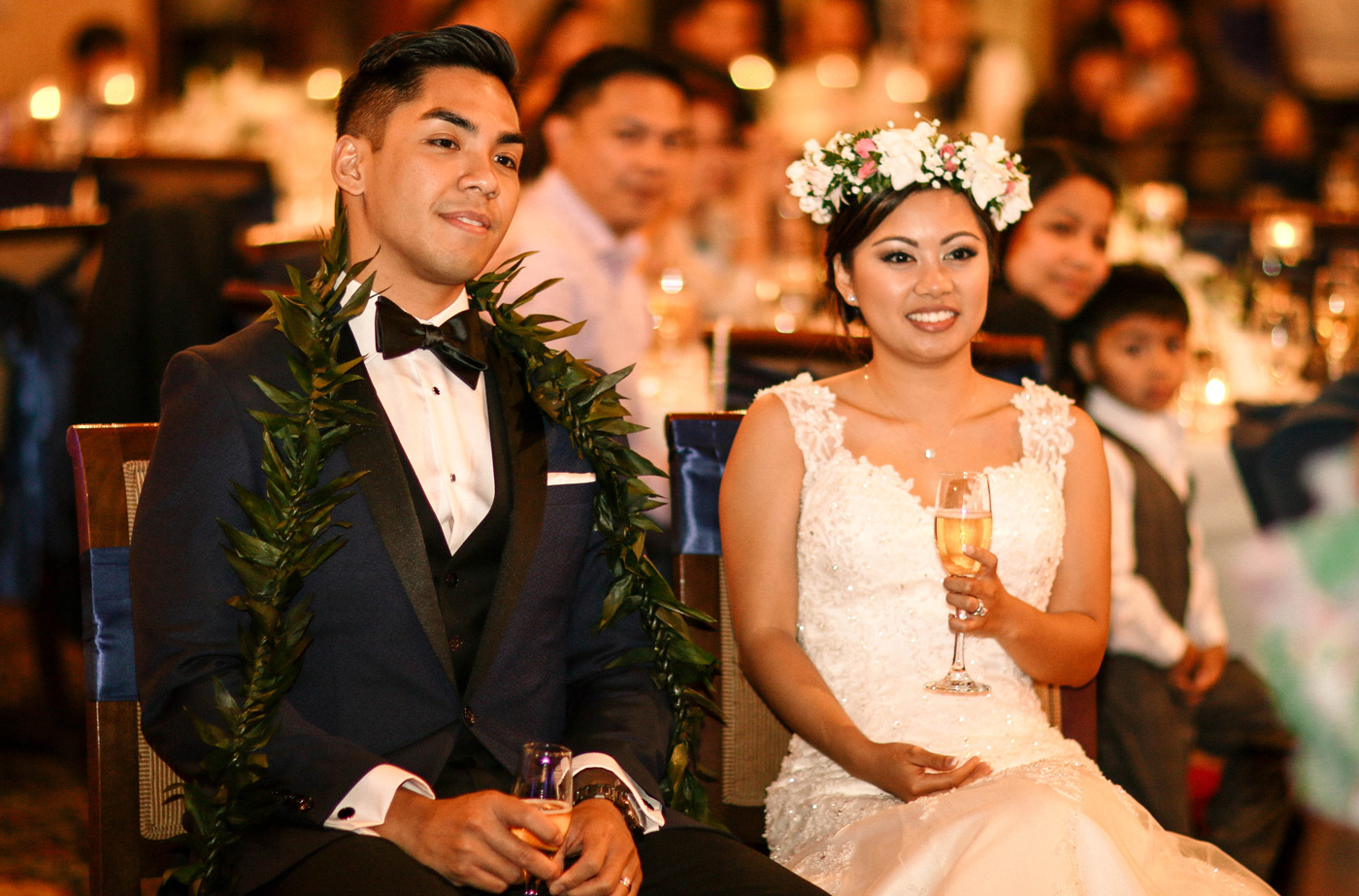 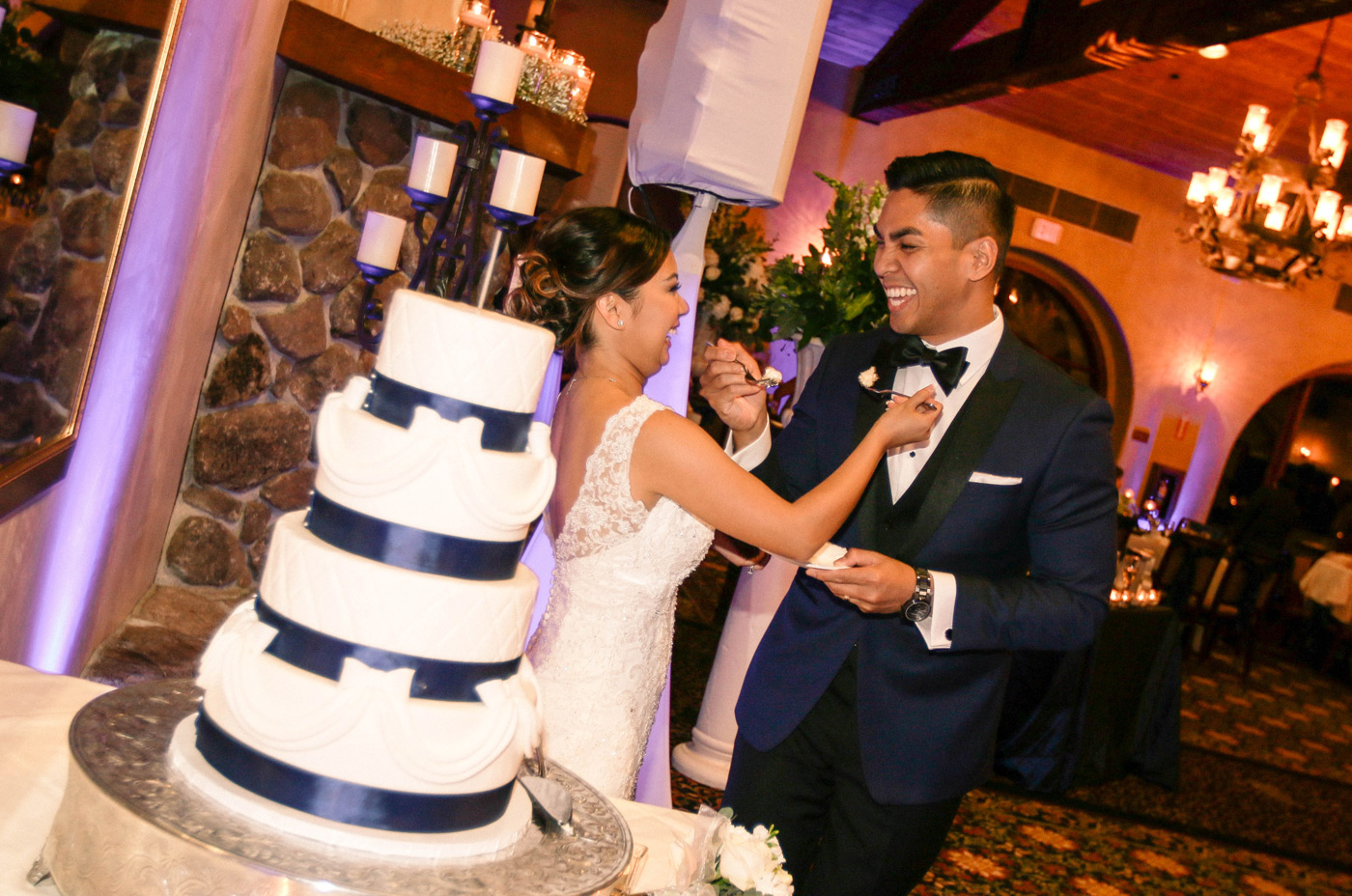 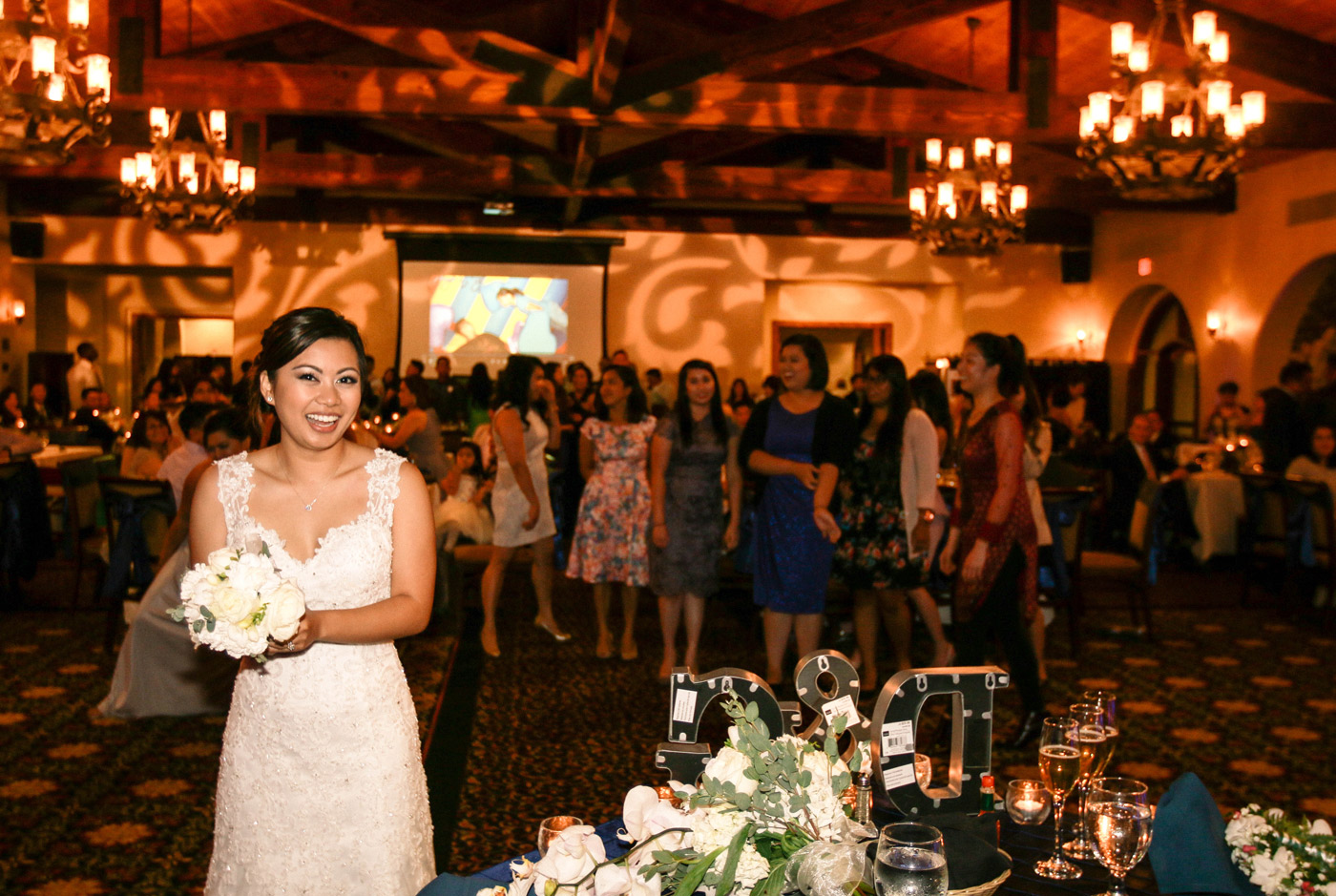 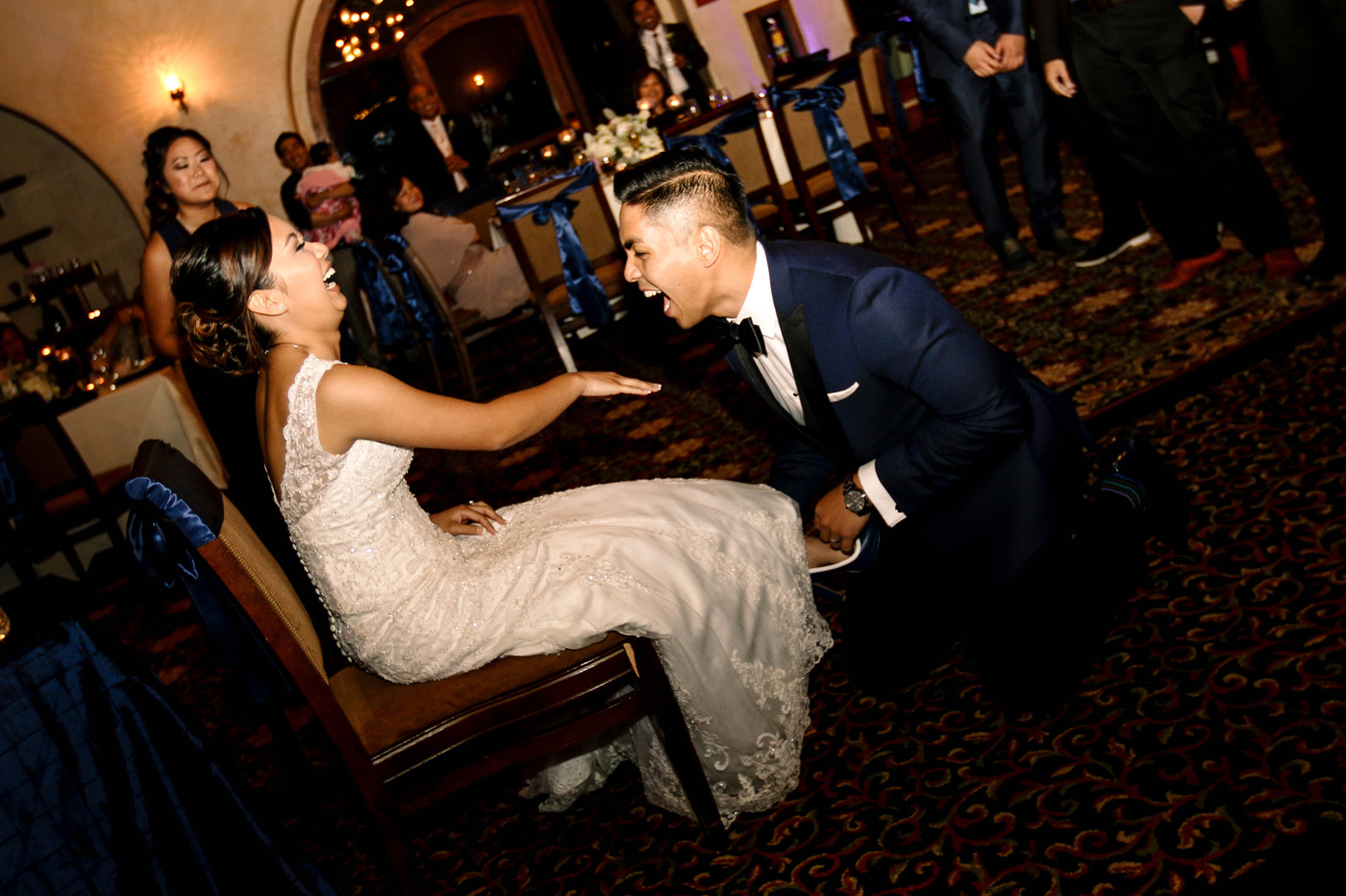 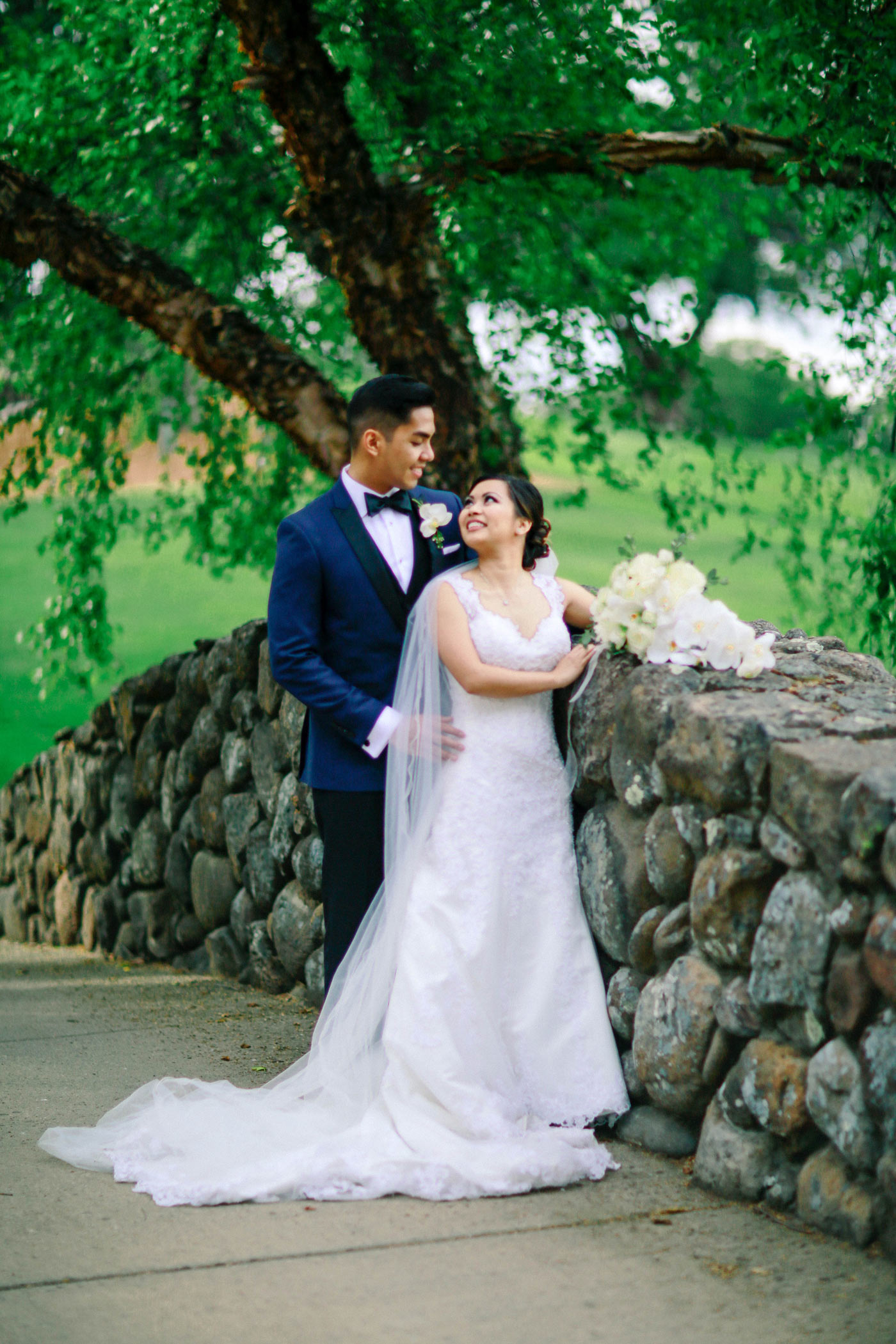 The couple had an unexpected surprise when they were given a video greeting from all their friends and relatives from far-flung places such as the Philippines, Japan, Canada, Italy, etc. Distance may have kept many of them from attending the wedding, but nothing could stop them from sending their love.

Rain the day before the ceremony forced the photographer to change the site to a more public area where all the attendees could watch. Gretchen said that initially they were a little concerned about having so many on-lookers, but as it went on, they wound-up enjoying what quickly became an interactive photo session between the wedding party and all the attendees.

Gretchen said that her and Don’s favorite part of the day was spending it with family and friends from out of town/state/country. Gretchen went on to say that her advice to other brides is just to enjoy your day, and don’t sweat the small stuff. It will all work out.